The neo hippy soul rock staaarrrr!
I’ve been a huge fan of Raheem DeVaughn since his debut album The Love Experience back in 2005. 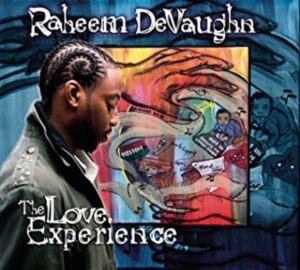 I would play that album OVER and over and tell eevverybody I met about it. And seeing Raheem perform it live at the Jazz Cafe in Camden, London (2006) was a live music experience that was just out of this world! I went to hundreds of concerts in my 20s but this is one of the few that really really stays clearly in my mind, years later. I remember how he had his brother up on stage painting the scene (a painting of himself painting Raheem and the band). How Raheem and the band all dramatically collapsed on the stage in sync. How Raheem got down from the stage to dance with a lady in the front row. The various costume changes. The crowd participation….., but above all else the mind blowing vocal talent, the music, the passion and the Soul! 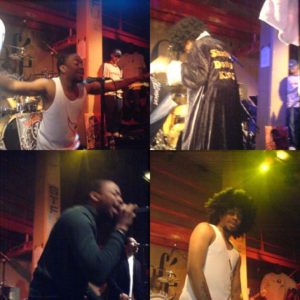 Some years and many quality albums and outstanding shows later Raheem DeVaughn is back again at the Jazz Cafe in Camden on 26th June 2018. So if your looking for a great show to go to this June, this has to be top of the list.
Raheem DeVaughn Jazz Cafe tickets

One Reply to “Raheem DeVaughn”